What happened to nine?

Microsoft may not acknowledge the number nine but one thing they are doing with their upcomming version of Windows is accepting that they were wrong about the start screen. This is something the GNOME Foundation should take notice of. At least Microsoft have listened to the backlash and realised that people still need a traditional desktop.

The idea of forcing a user interface designed for touch-screen devices onto users that need a productive desktop machine was always doomed to fail. Who cares if the average consumer is now buying a tablet instead of a desktop, as long there are jobs there will be a need for computers that can be productive in the workplace. 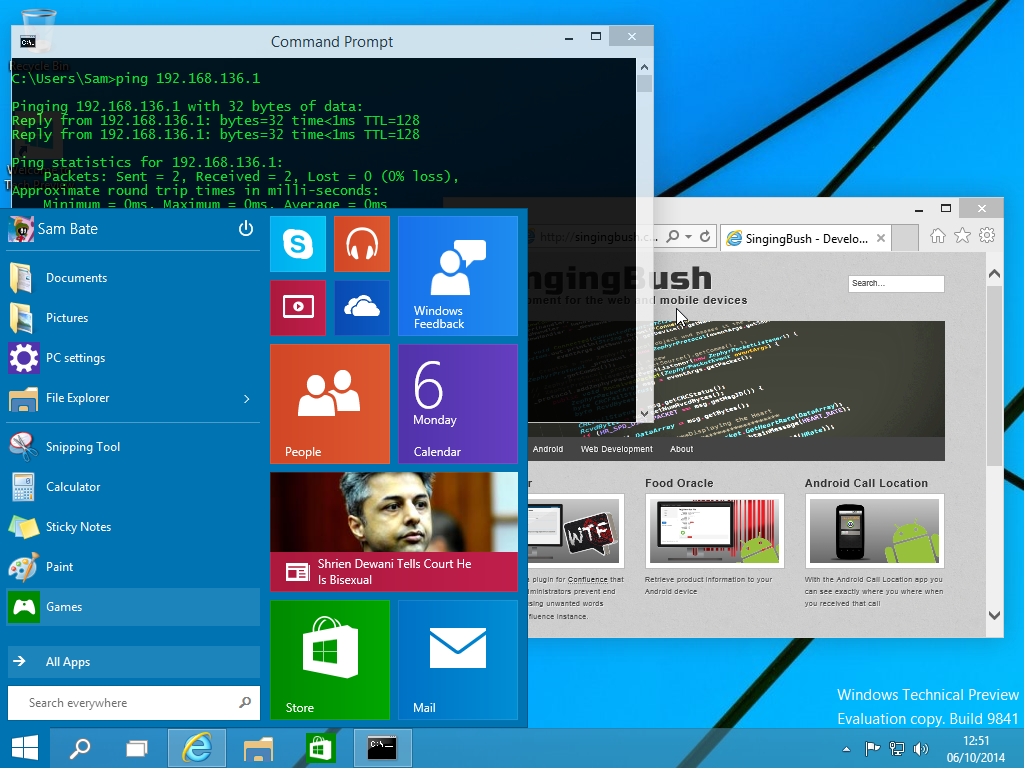 I do feel that the team at Microsoft deserve some respect for the work they've done in merging the start screen from Windows 8 with the menu from previous releases but most of all for backing down and listening to their users.
Posted by Unknown at 1:39 pm
Email ThisBlogThis!Share to TwitterShare to FacebookShare to Pinterest
Labels: Windows